On 04.07.2021 we celebrated the end of the third academic year at ARC Academy. This was the last school year in which classes were held in our classroom in Sofia Tech Park, but more on that later in the article.

From the very beginning, the event was filled with emotion and excitement for all participants. It started with the third and final presentation of the students from Game Dev Advanced. They had the final task to develop a video game from scratch and for this purpose formed a team that matched a real game dev studio. They chose Scandinavian mythology to be the main inspiration for the game, and their project was named “Caim” (from Gaelic – “circle”, “defense” or “sanctuary”). 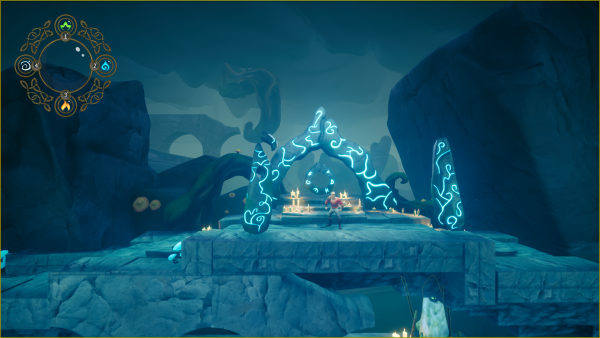 You can learn more about the history, essence and development of the game from the articles about the Alpha and Beta versions.

On the day of graduation, the students presented the Gold version of their project. (The gold version of a game is its completed and ready-to-release final version).

In the case of Caim, however, this was not the case. Pressed by time and limited resources, the students presented the game at the highest possible level they could reach, within the semester they had, to create it – an extremely impressive achievement that exceeded the expectations of both the lecturers and the ARC team. Most inspiring of all was the desire and willingness of students to continue developing the game after the official completion of their time at the Academy. We can’t wait to see the result when it is launched on the market.

After the presentation to the lecturers, the students from Game Dev Advanced gave an introduction of the game to those from Game Dev Fundamentals, as a way of passing the challenge to accomplish a similar project.

Fundamentals graduates also had their significant success! We told you about their work during the year in detail in the articles about their final projects – part 1 and part 2. In honor of their diligence and successes we organized an exhibition with their artworks in our hall and corridor, which will remain available to visitors of Sofia Tech Park in the coming weeks.

The day continued with the official handle of certificates to the graduates of ARC. It was an emotional and memorable moment as well as an opportunity to rewind the tape to all of the challenges, victories, and efforts of the previous two semesters. The certificate serves as a reminder of this process and might help graduates stand out to prospective employers.

However, the culmination of the event was yet to come. The official signing of the partnership between ARC Academy and the American University in Bulgaria (AUBG) took place on this day. The ARC Academy co-founder Anthony Hristov and AUBG President David Evans shook hands in favor of innovative education in Bulgaria.

At the evening and the end of the event we cooled down with light cocktails and pleasant music.  In this way, we simultaneously said goodbye to the graduates from the Advanced program and challenged the students from Fundamentals to achieve new accomplishments during the next academic year in the building of the Center for Education and Culture “Iliev”.