The main goal of ARC Academy is to prepare its students for the real environment in the game industry. For this reason, our two-year program ends with Game Lab – a completely practical project in which students combine their efforts and acquired knowledge and skills in creating a functional video game. During the Game Lab, roles, tasks, deadlines and expectations simulate working in an real game development studio.

This year, the students from the Game Dev Advanced program embarked on the creation of “CAIM”. The game is inspired by Norse mythology and follows the adventures of the demigod Angus, who must go through dangerous obstacles and adventures in order to win the hand of his beloved goddess Kaer. 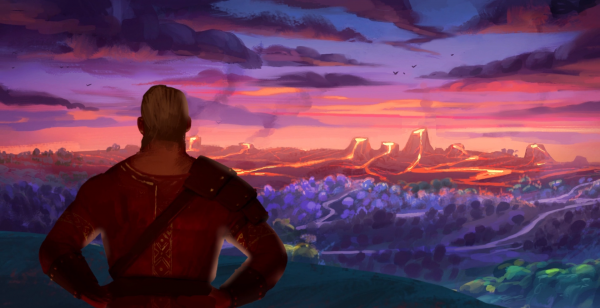 “First we started thinking about storyboarding – me and the other concept artists, we sat down together, created the idea, drew it on sketches, and then I created a little animator that was black and white. It was really an early concept of what the project would represent.
From there, the already designed backgrounds, as well as the characters, are taken and inserted into a program in which they are edited. One can add animations, different sounds, etc. ”

After two months of hard work, during which the students got to know the essence of teamwork and with the help of regular feedback from our lecturers, the alpha version of the game “CAIM” is now a fact.

“The greatest challenge was learning to manage a team. It turned out to be a more delicate task than I expected. It takes more time and looks easy from the side, but it’s actually a pretty deep topic. “

The students presented their project in the hall of ARC Academy to the lecturers and the team, explaining their roles, demonstrating gameplay, answering questions and showing sketches, WIPs, concept art and other important elements for reaching the demo version of the game. 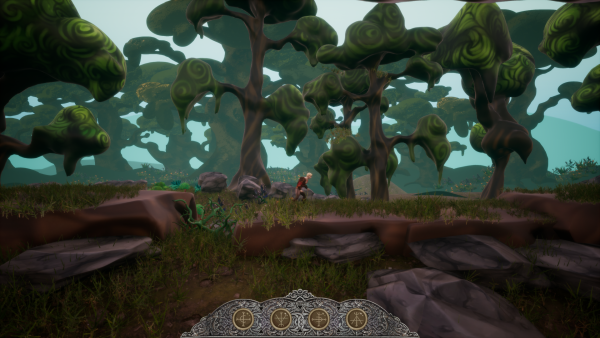 “My role was the art director, and that included managing all the concept artists, leading them in one style and making sure they are painting in exactly the direction we were headed. It is precisely northern and Celtic mythology with fantasy original elements. ”

“I personally worked on the cinematics with the help of the concept artists, who did a great job. I hope things get even better in the beta. ”

After the demonstration, the students received constructive feedback for the alpha version and advice on the implementation of the next phases of development.
Despite their outstanding performance up to this moment, the students have to go through two more challenging stages – the beta and gold versions.

“As program director of Game Dev Advanced, I think the project is going extremely well. The students have shown incredible progress and exceeded my expectations. If they continue working this way, at the end of the semester we will have a project that perfectly shows the capabilities of our students. ”

We wish the students best of luck and we are looking forward to the project’s completion.